We experience a new class struggle

Angus Deaton: Well, that's a good question. After all, it's about human well-being. We economists traditionally look at income – although this is by no means the same as well-being. That's why we wanted to examine the topic from a broader perspective. I think we should think more about life itself. After all, life is more important than possessions: if you are dead, money is of no use to you.

Is this why you started studying death rates?

Yes, because mortality is probably the best social indicator there is. It tells us a lot about the state of an economy.

In your analysis, you show that life expectancy in the USA is falling for the first time in decades. What are the causes?

Every year, hundreds of thousands of people die in this country because of alcohol, an overdose of opioid painkillers, or because they commit suicide. This increase is particularly marked in the middle age group of white men. Obviously, there is something profoundly wrong in our economy.

What do you mean by this in concrete terms?

Mortality had fallen sharply for over a hundred years. But we have recently seen that the frequency of deaths in the USA is suddenly on the rise again. That was the first factor that surprised us. Secondly, we sorted the death data according to how well trained people were. Let's take the group of white men between 45 and 54 without university degrees: In this group, the number of deaths due to alcohol, drugs, or suicide has more than doubled in the last 20 years. It is three times more frequent than among men of the same age who have a university degree.

You speak of "deaths of despair". Why?

What struck us most in the study is that the factor of education makes a striking difference in a whole range of indicators. Be it in terms of wages, employment, marriage, or general satisfaction: a deep divide always remains between people with good and poor education.

Will this divide even increase because of the pandemic?

That is my assumption. The level of education also plays a dominant role in how the pandemic affects people. Academics can work comfortably from home. Conversely, those without a university degree usually have riskier professions, and they lose their jobs more often.

Where does this growing despair that you have diagnosed in the class of the less educated come from?

The principle of meritocracy is deeply rooted in our society. It is the promise that everyone can succeed through his or her own performance. However, there is a flip side to this principle: if you are unsuccessful in life, you have to look for the reason in your own mistakes - even if you have done everything right. Conversely, the winners can say that success is the reward for their virtues, although they may simply have been luckier than others. The result is increasing bitterness among those who have remained at the lower levels of this ranking. Without a college degree, it has become almost impossible to get a secure job and social standing in the United States. This is not just about money, but at least as much about self-esteem and dignity.

This sounds as if a new form of class struggle has broken out.

It is indeed a new class struggle. Just look at how many votes Donald Trump got. Many of these voters feel a great anger. This is especially directed against people from the educated elite, such as Hillary Clinton.

Has globalization brought about this development?

Globalization and the triumph of robots have made life much more difficult for people with little education. In addition, social networks in the USA are very poorly developed. Moreover, our country has an enormously expensive healthcare system. This also primarily affects the lower classes. A family pays around 20,000 dollars a year for its health insurance. Anyone who earns 30,000 dollars as a hairdresser or salesperson quickly reaches his or her financial limits.

Should we slow down globalization if it intensifies social antagonisms?

It would be wrong to make globalization the sole scapegoat. For there are certainly countries that are better at dealing with it, for example Switzerland or Germany. This is also due to the tax system: in Europe, for example, value-added tax has an important function in financing government spending. This enables a much more effective social safety net than in America.

Do you think that the US should raise taxes?

There was a massive reduction in tax rates under Donald Trump’s government. Especially the big corporations received too many tax breaks. We should change that. Because social inequality is a huge problem in this country that politicians have often failed to address adequately.

On the other hand, the USA has produced enormously successful corporations such as Amazon, Microsoft, Google, and most recently Tesla. These companies are missing in Europe.

Capitalism produces a creative destruction: in the best case, this can generate enormous wealth and progress, from which ultimately the whole society benefits. So we all benefit greatly from the inventions of Google, Netflix, or Apple. Nevertheless, this creative destruction has equally important disadvantages: Those who used to be on the winning side are now suddenly among the losers.

Does this mean that today’s capitalism does not work well enough to make progress accessible to the society at large?

The big tech companies are a good example: Google was originally founded by a group of young idealists. Their original motto was: "Don't be evil". Today, the company is so dominant that various states are suing it for possibly abusing its monopoly position. We must therefore try to better control the process of creative destruction in the economy.

The full title of your book is: "Deaths of Despair and the Future of Capitalism". So let's talk about the second part: How do we solve the problems mentioned?

First of all: Anne Case, with whom I wrote the book, and I are clearly in favor of capitalism. Any form of socialism is the worse alternative for us. This is because the forces of the market have enormous advantages: they have greatly reduced poverty in the world and helped many people prosper. However, capitalism does not function properly at present for a broad section of the population in the US. We must succeed in taming this beast better.

What concrete measures do you propose?

We need a strong anti-trust law to limit the dominance of the big corporations. The US must also reform its healthcare system. It is absurd to believe that this will work via the free market. We should orient ourselves more on the European model in these two large, enormously complex areas. This brings me back to the aspect of well-being at the beginning of our conversation: The fact that we can use Facebook for free is certainly great. But those who die prematurely have no benefit from it.

You criticize the American healthcare system: What is wrong with it?

The healthcare sector in the US is the most expensive in the world. Nevertheless, the countries in Europe have a significantly higher life expectancy than the Americans do. The difference to Switzerland is a full five years. In addition: If our country would only fall to the cost level of Switzerland, we could save one trillion dollars. That is more than our budget for the military.

In your book, you write that America must become more just again. What do you mean by that?

To what do you attribute this?

We are far too little aware that education and professional career do not depend only on one's own diligence. The vast majority of people work hard in their lives. But how far we get is largely determined by coincidence. This awareness has been lost in many places.

You hold up a very critical mirror to society with your analysis. Are you not too pessimistic?

We have certainly hit a nerve. Our first study on this topic already caused a huge storm in the public eye - mostly with positive reactions. The echo was even greater when I was awarded the Nobel Prize. The term "deaths of despair" from our latest book soon turned into a standing term.

To what do you attribute this enormous interest?

I see many parallels to the debate on wealth inequality. We knew that the divergence was increasing. Nevertheless, it wasn't until Thomas Piketty was able to use the tax data to demonstrate how strongly the assets of the one percent richest people actually increased that a broad discussion arose. We now see a similar development in the field of mortality: Here, too, the contrasts in society are growing ever greater. 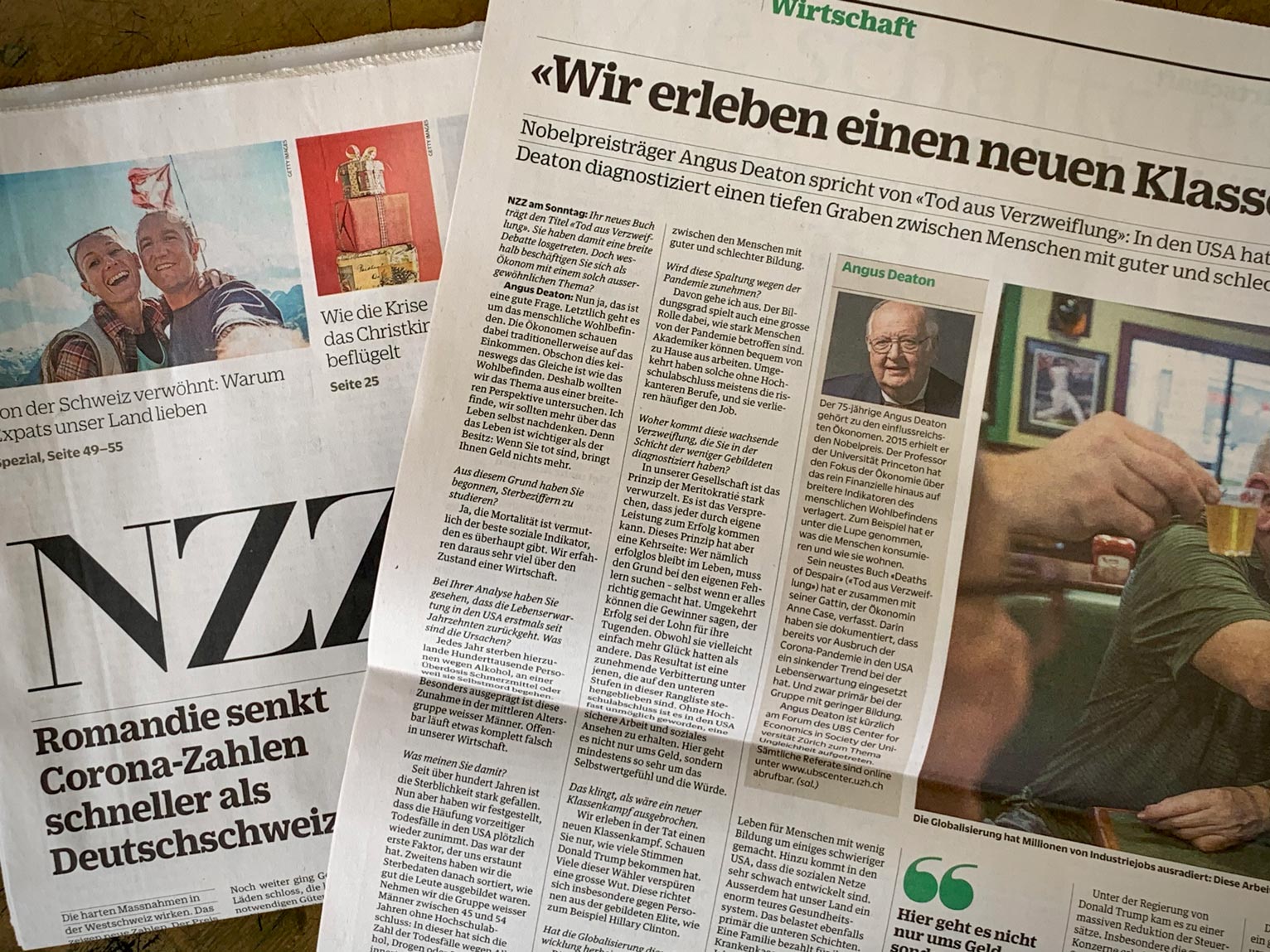 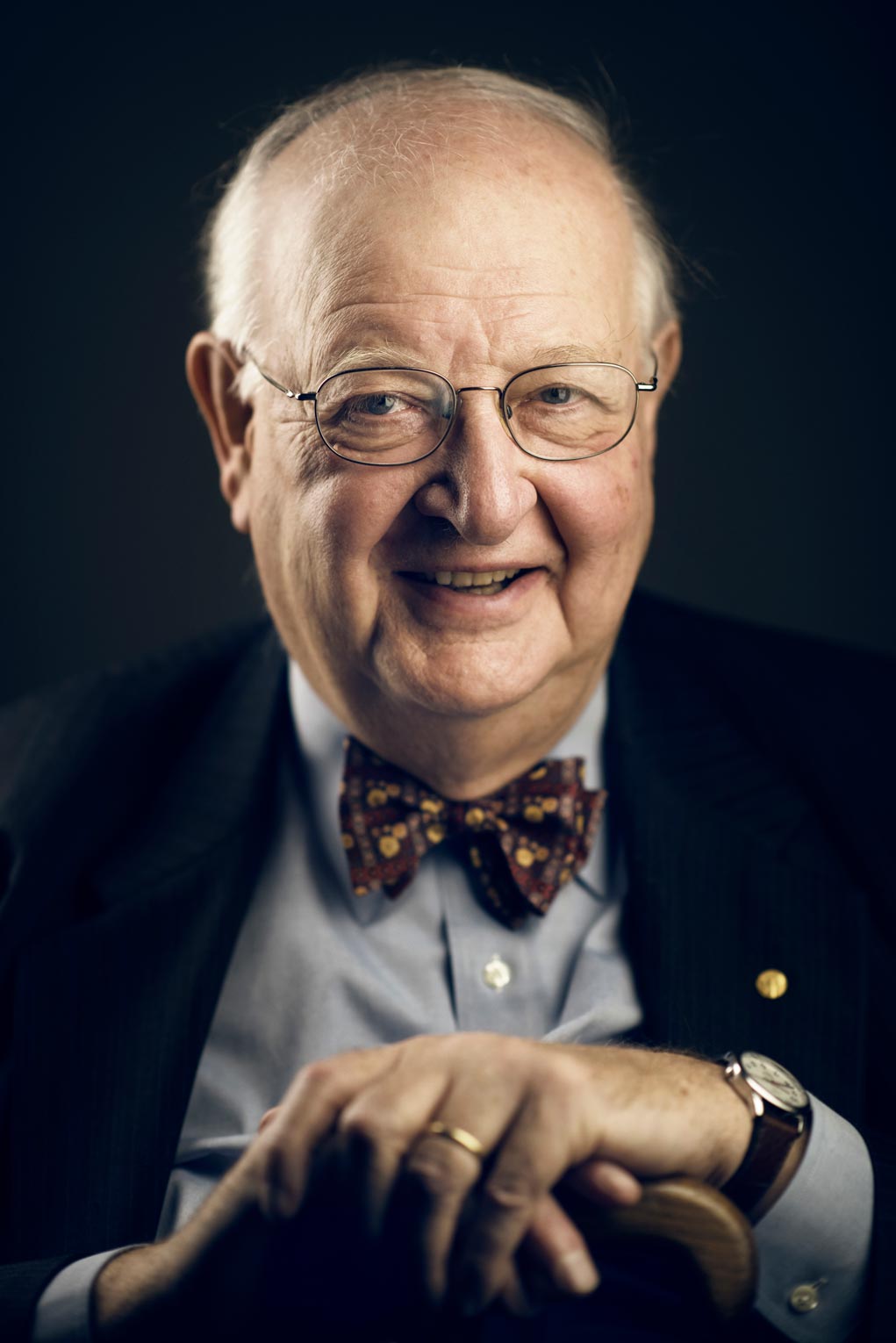 Here it is not only about money, but at least as much about dignity.
Sir Angus Deaton 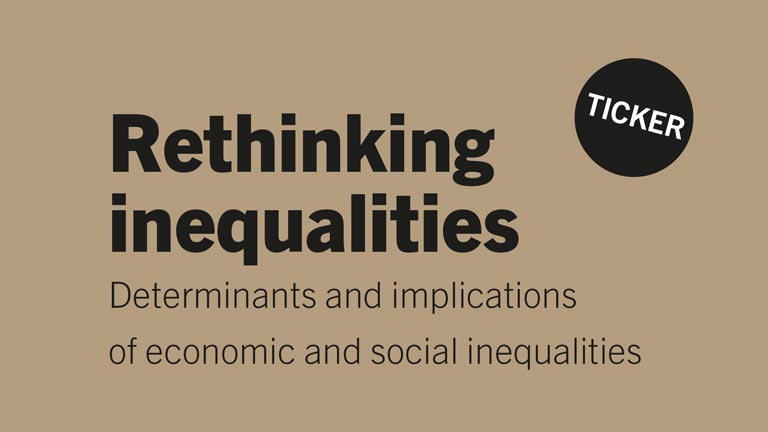