The problem lies with our minds, not bodies

Walter B. Kielholz (Chairman of Swiss Re) started the debate with an input presentation. “The worst part still lies ahead of us,” he said, pointing out that by 2035, the number of people older than 65 will double across the globe, and the share of working age population to support the older generations will decline further. According to him, demographics is one of the reasons why structural reform of the pension system is so hard to achieve: Taking the city of Zurich as an example, only a minority of the people most affected by a lack of true reform are eligible to vote – the others being either too young or holding the wrong passport.

In the following discussion led by moderator Markus Spillmann, all panelists agreed that being 65 no longer means being old. Axel Börsch-Supan (Max Planck Institute) said biology is much further in this regard than our mindsets. At 65, people are fitter and better educated than ever before, and by no means need to go into retirement. He challenged the term “aging society” as being a problem of definition – 65 was defined as retirement age 120 years ago!

Jacqueline Fehr (Cantonal government Zurich, Social-Democrat Party) said we still have not fully understood what voluntary family planning means for society. In northern European countries, excellent childcare systems achieved two things: Women do not drop out of the workforce and they still have more children than the Swiss.

Bernd Raffelhüschen (University of Freiburg) agreed that keeping more women employed is a good thing to do, but at the same time, every additional day of life expectancy cannot mean an additional day of getting pension payments. People could easily work longer: older employees have a more crystalline intelligence, but on the other hand, they have experience. Jacqueline Fehr responded that we should not underestimate the value retired people create by taking on unpaid work: The number of hours Swiss grandparents care for their grandchildren is higher than the combined working hours of all primary school teachers in the country. She also said older employees often do not feel appreciated and welcome in corporate environments.

Walter B. Kielholz agreed that "in times of restructuring it is much easier for managers to retire than to fire" and to give their older employees a bouquet of flowers. It would take more responsible leadership behavior to solve this issue. And Axel Börsch-Supan added that with this practice, employers can outsource their social plan to the state. In response to a question from the audience, Walter B. Kielholz said it is not fair to tell the working-age population that they have to finance the excessive pension system while not giving them any hope that they will get something in return. The concept of the so-called generational contract is currently more than strained, but: “If I knew how to solve this, I would have become a politician” he said.

What makes sense in economic terms is not always politically viable

In the second part of the afternoon, Axel Börsch-Suppan set the stage with valuable insights from research: As the cases of Denmark and Sweden showed, aging does not harm economic output with flexible labor market and automatic calibration of pension payments. But to gain support for the right reforms, three myths have to be abandoned, which are supported by empirical data. First, health does not generally decline from age sixty; second, productivity is not lower at an older age (while younger people make fewer mistakes, they tend to make the fatal ones), and third, older employees do not take jobs away from younger employees.

Moderator Markus Spillmann started the following panel discussion by asking Alex Kuprecht (Councillor of States, Swiss People’s Party) and Urs Schwaller (former Councillor of States, Christian-Democrat Party): “Why haven’t you been more courageous?” The two politicians involved in drafting the current Swiss pension reform project responded with political pragmatism. Kuprecht noted that the Swiss direct democracy limits the room for maneuver; reductions in one pillar of the pension system therefore have to be balanced with concessions in the other. Schwaller added that there has not been a successful pension reform for twenty years. Hence it is more important now to get through with something, even if it is not the perfect solution.

Christoph Schaltegger (University of Lucerne) challenged this view by claiming the reform package does not help solve the issue at stake at all, but cross-finances new goodies for voters who do not really need them. Schwaller made clear that in his view, the proposed additional 70 francs for monthly pensions in the first pillar are only compensation for the current working population who will have to contribute more; it will not be paid to existing retirees.

Schaltegger said the only wise solution in such a political dead end would be an automatic mechanism similar to the debt brake introduced in Switzerland at the beginning of the new century: “Otherwise, politics gets tangled up in an ongoing give-and-take exercise, which will never yield an economically viable result.” But with a sigh of resignation, Schwaller said “we just did Realpolitik here.”

If there were someone courageous enough to propose a higher pension age with a popular initiative, they can try – but it will fail miserably at the polls. At least, Kuprecht promised parliament would not forget about the long-term issue after the current reform goes through, but will take the opportunity to further improve the system by means of parliamentary initiatives. 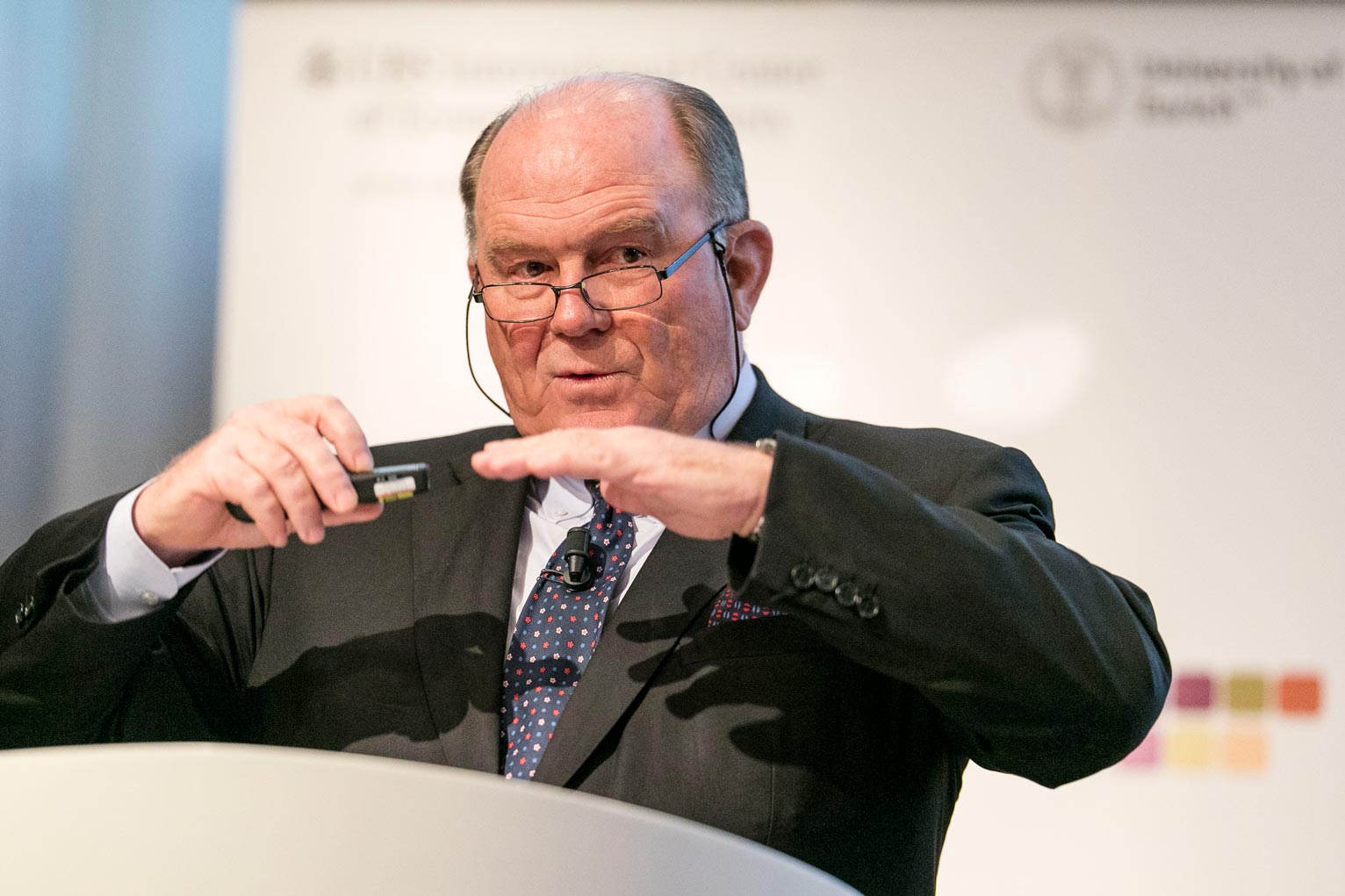 Walter B. Kielholz (Swiss Re) talked about opportunities and risks of demographic change from an economic perspective. 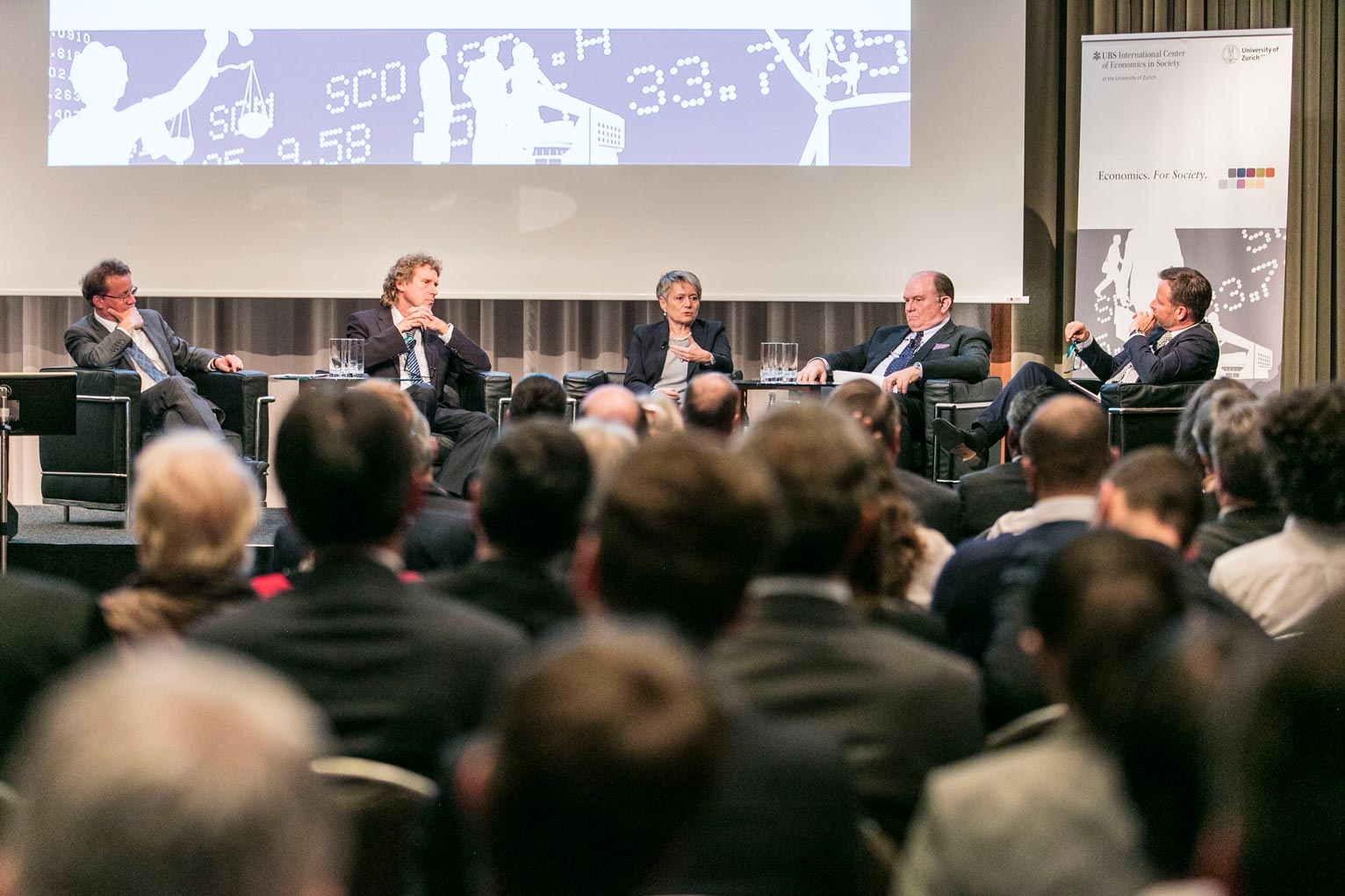 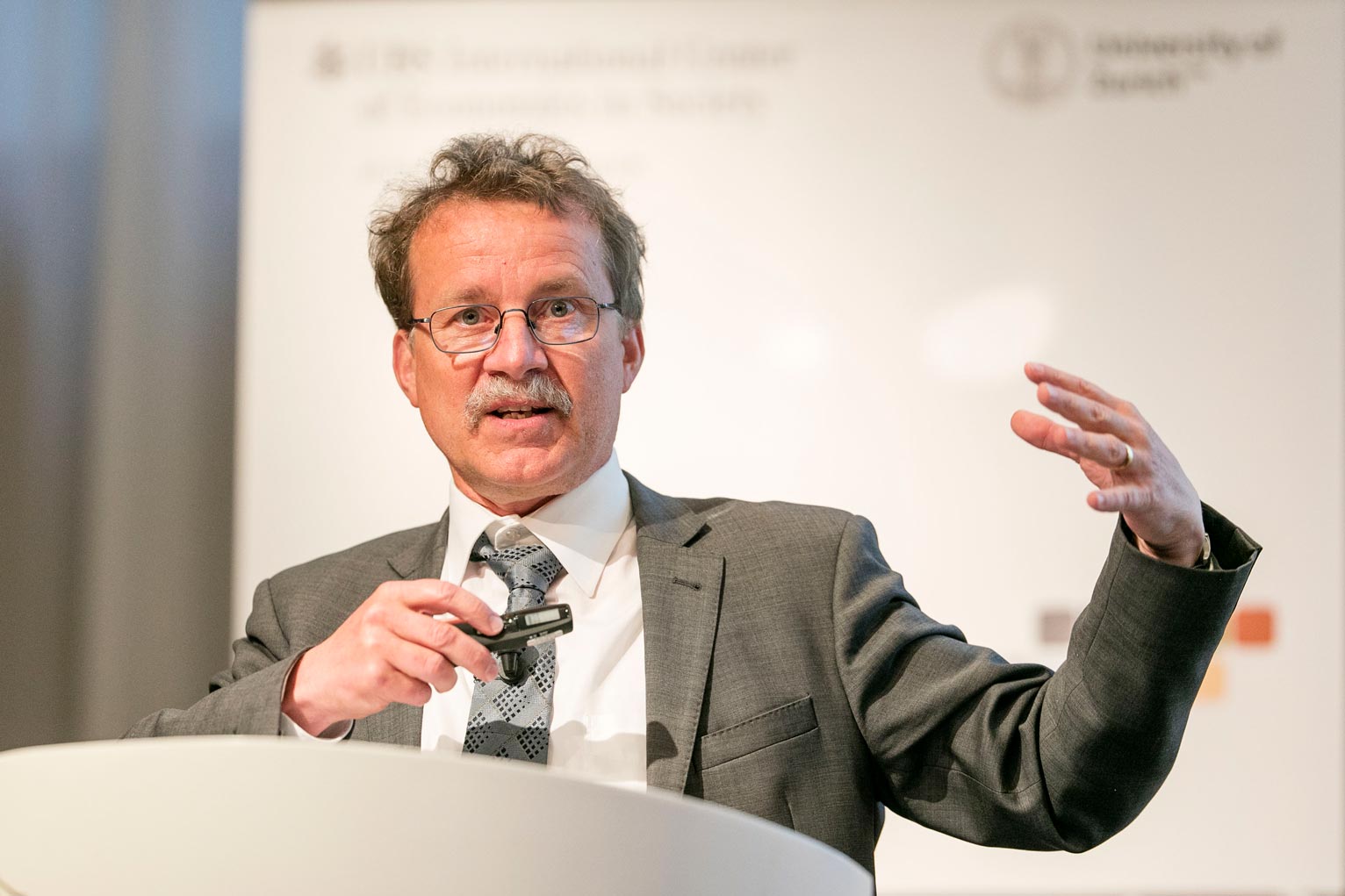 Axel Börsch-Supan focused on the prerequisites for a sustainable pension system from an international perspective. 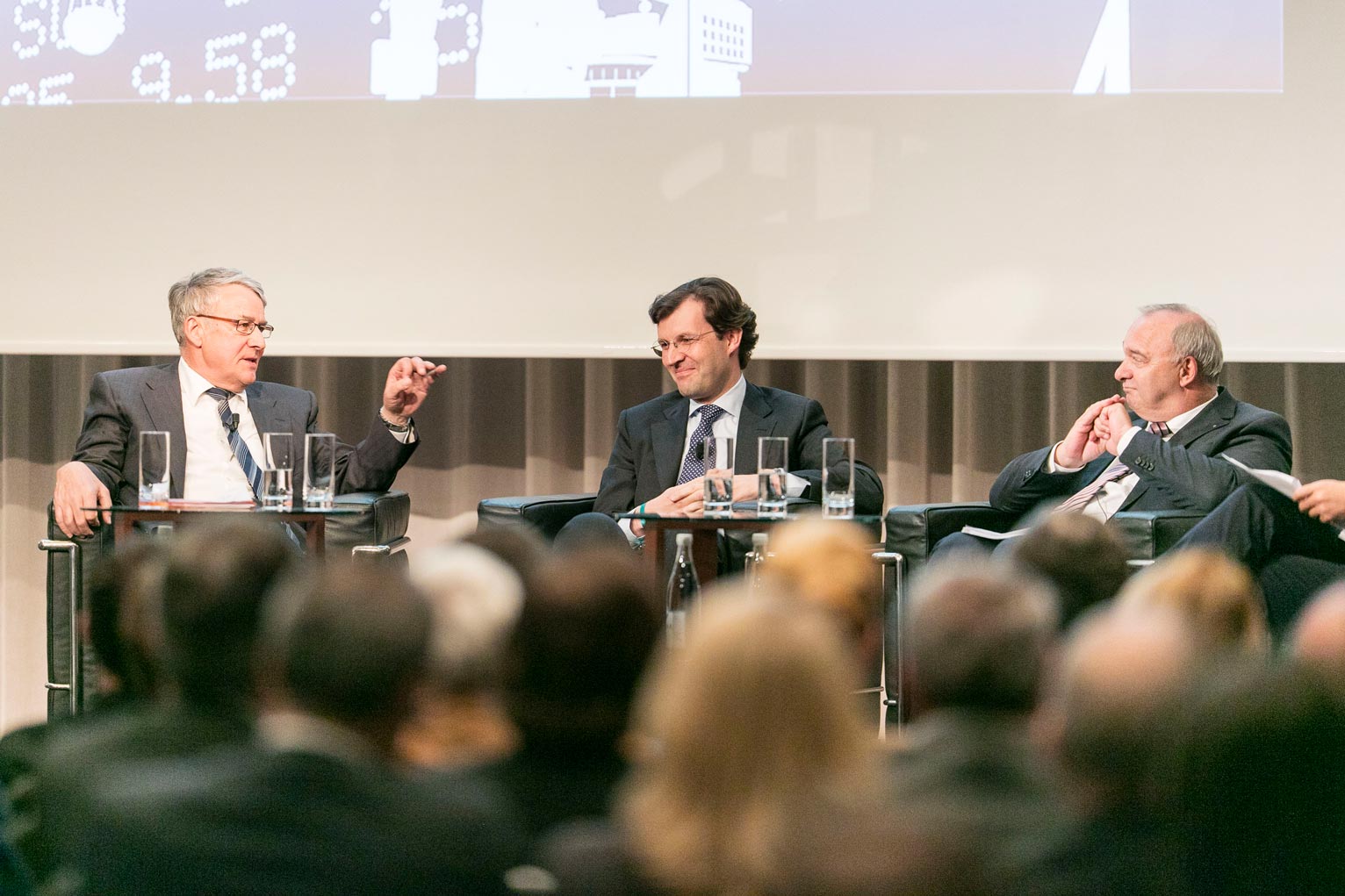 In times of restructuring it is much easier for managers to retire than to fire.
Swiss Re
Walter B. Kielholz
We just did Realpolitik here.
Swiss Re
Urs Schwaller